Photos: Anguish and fear as COVID-19 deaths and cases surge in India 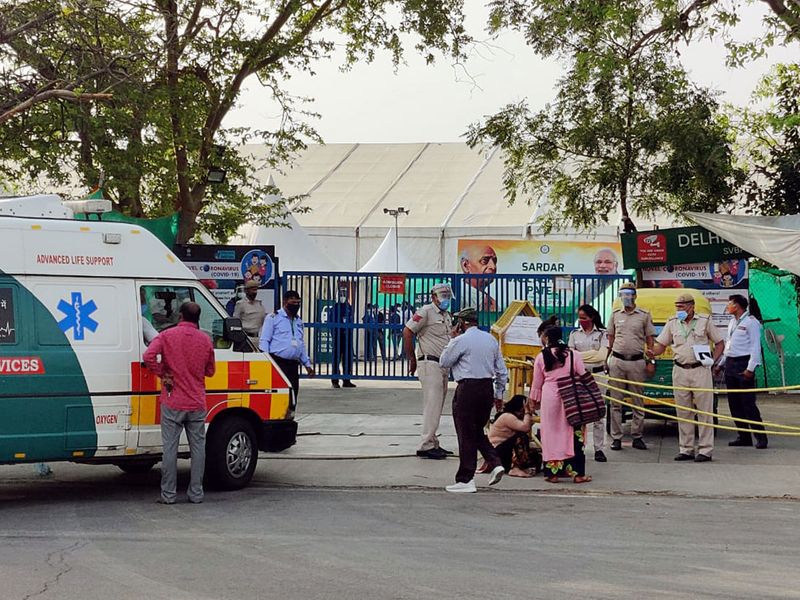 A COVID-19 patient breathes with the help of an oxygen cylinder outside a Gurudwara, at Indirapuram in Ghaziabad.Image Credit: ANI 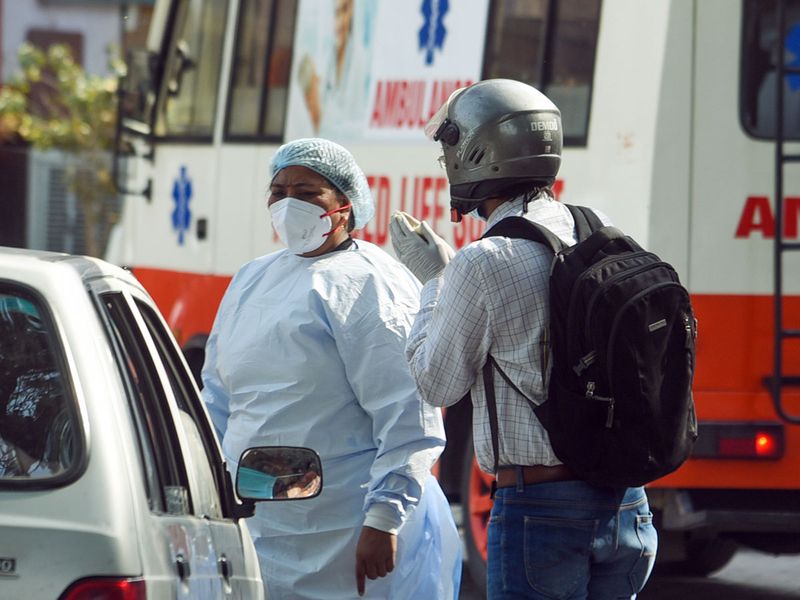 India is in the grip of a rampaging second wave of the pandemic, hitting a rate of one COVID-19 death in just under every four minutes in Delhi as the capital's underfunded health system buckles.Image Credit: ANI 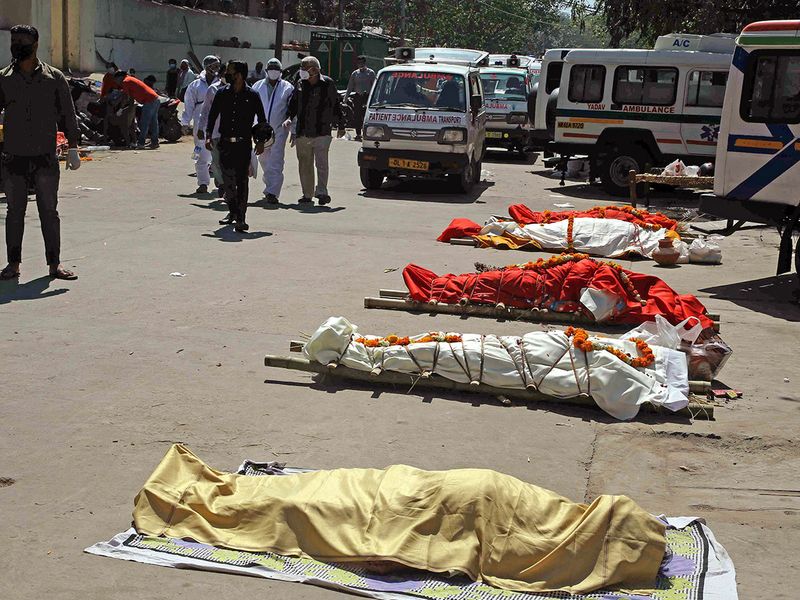 Dead bodies of the victims lay on the ground who died due to COVID-19, at Nigambodh Cremation Ground in New Delhi.Image Credit: ANI 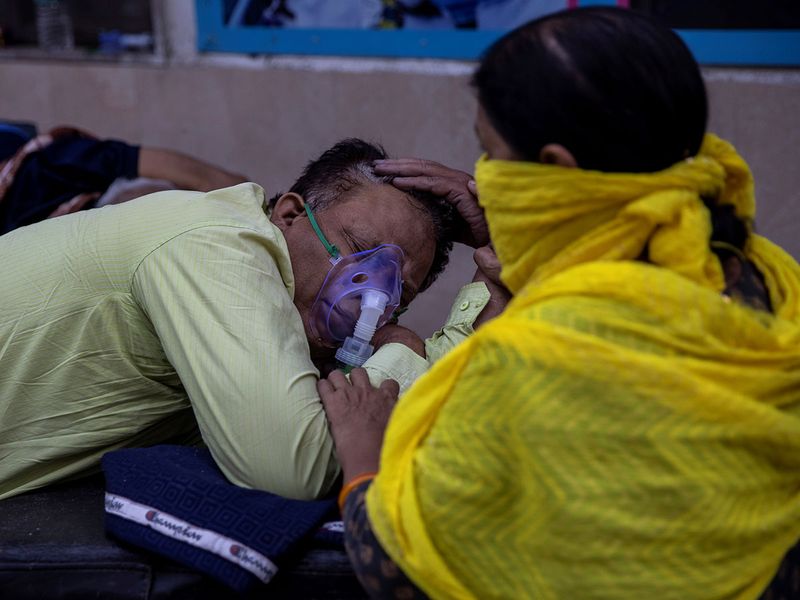 A woman takes care of her husband. | The government has deployed military planes and trains to get oxygen from the far corners of the country to Delhi.Image Credit: Reuters 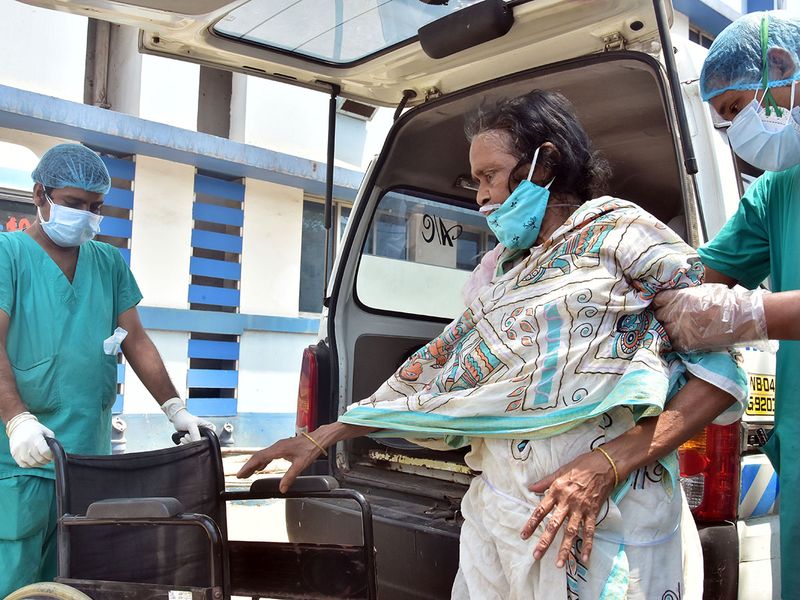 Health workers help a patient while taking her to the ward at a government COVID hospital, in Kolkata.Image Credit: ANI 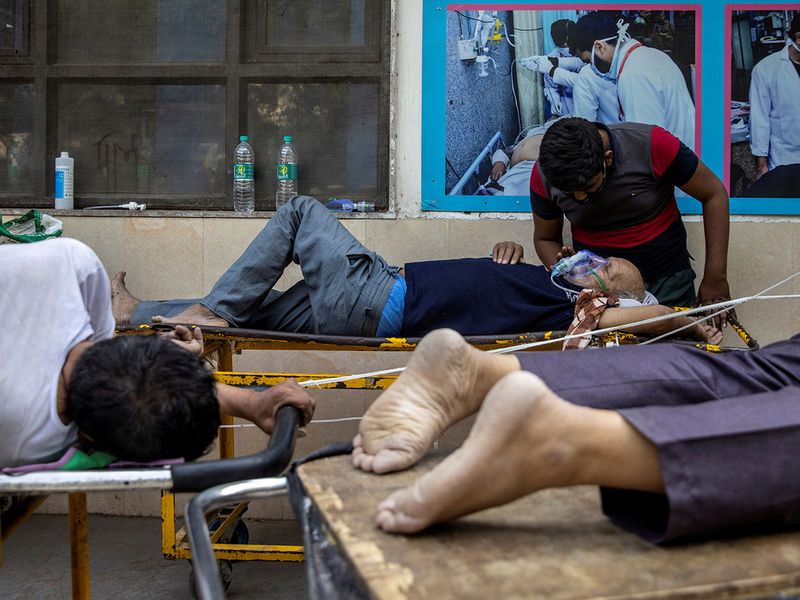 Television showed an oxygen truck arriving at Delhi's Batra hospital after it issued an SOS saying it had 90 minutes of oxygen left for its 260 patients. "Please help us get oxygen, there will be a tragedy here," Delhi Chief Minister Arvind Kejriwal appealed to Prime Minister Narendra Modi in a conference on Friday.Image Credit: Reuters 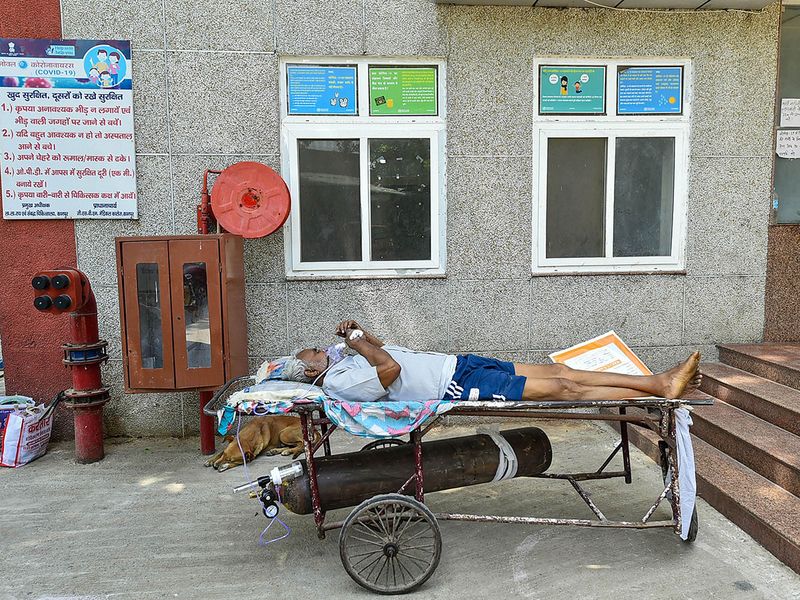 The crisis is also being felt in other parts of the country, with several hospitals issuing public notices that they don't have medical oxygen. Local media reported fresh cases of people dying in the cities of Jaipur and Amritsar for lack of the gas.Image Credit: PTI

India surpassed the the US record of 297,430 single-day infections anywhere in the world on Thursday, making it the global epicentre of a pandemic that is waning in many other countries.Image Credit: PTI 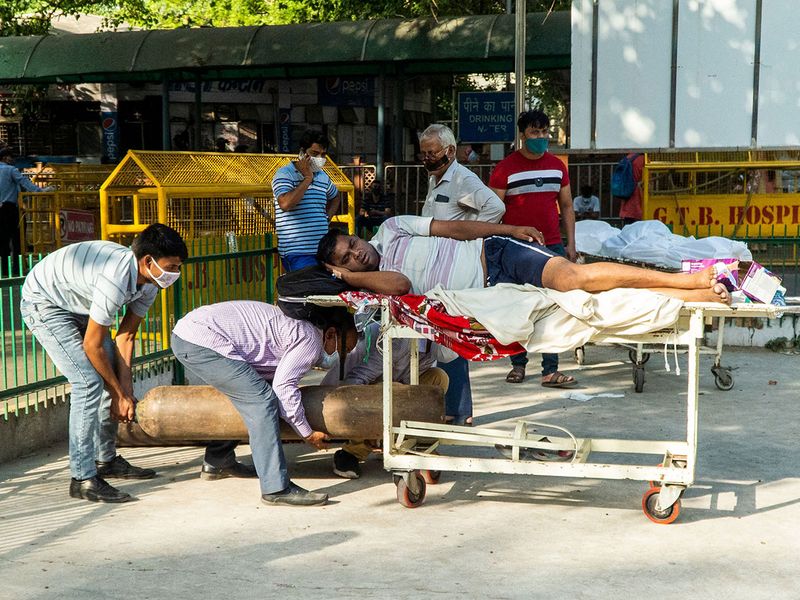 The Indian government had itself declared it had beaten back the coronavirus in February when new cases fell to all time lows. However, COVID-19 deaths across India rose by 2,624 over the past 24 hours, the highest daily rate for the country so far.Image Credit: AFP 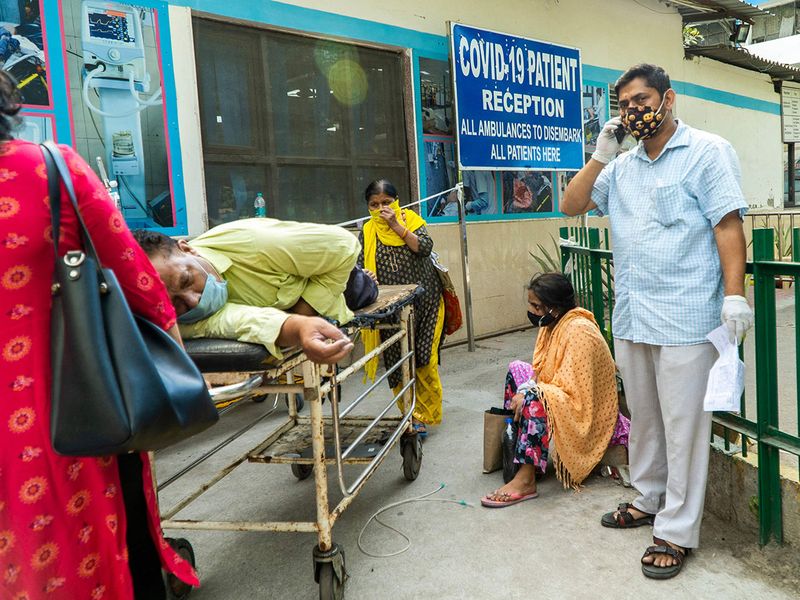 Crematoriums across Delhi said they were full up and asked grieving families to wait. The country of around 1.3 billion has now recorded a total of 16.6 million cases, including 189,544 deaths.Image Credit: AFP 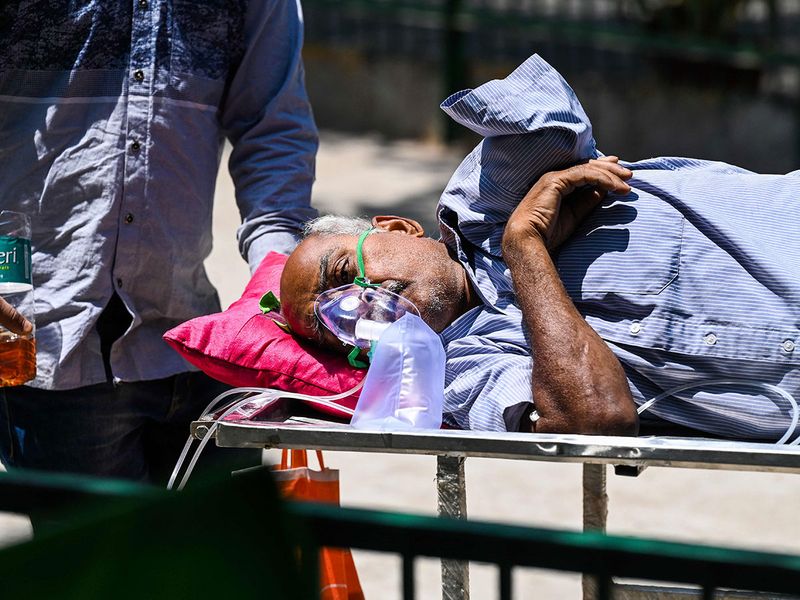 Health experts said India became complacent in the winter, when new cases were running at about 10,000 a day and seemed to be under control, lifting restrictions that allowed for the resumption of big gatherings.Image Credit: AFP 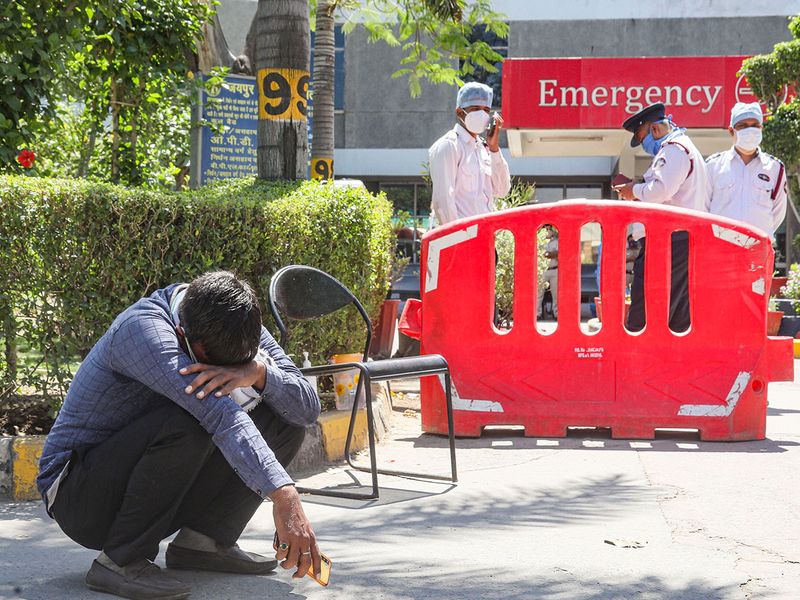 Others said that it could also be a more dangerous variant of the virus coursing through the world's second most populous country where people live in close proximity, often six to a room.Image Credit: PTI 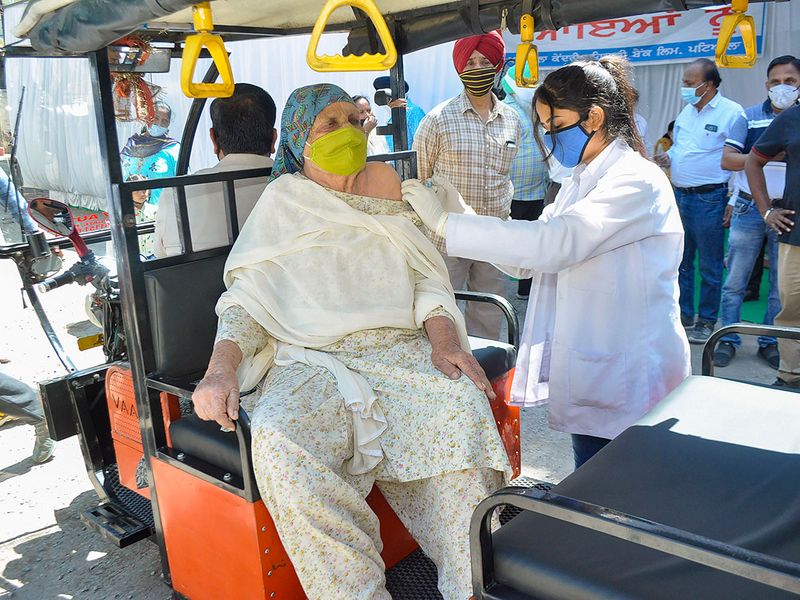 A health worker applying vaccine to an elderly woman in an e-rickshaw during a special camp for COVID-19 vaccination in Patiala.Image Credit: PTI 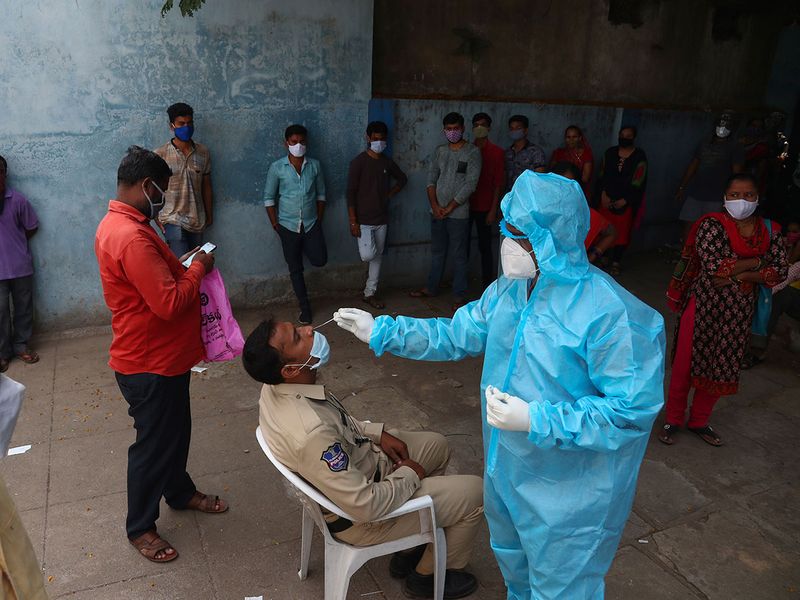 A health worker takes a nasal swab sample to test for COVID-19 at a government hospital in Hyderabad, India.

下一篇：Photos: UAE landmarks light up in support for India during COVID-19 crisis

共 0 条评论关于"Photos: Anguish and fear as COVID-19 deaths and cases surge in India"